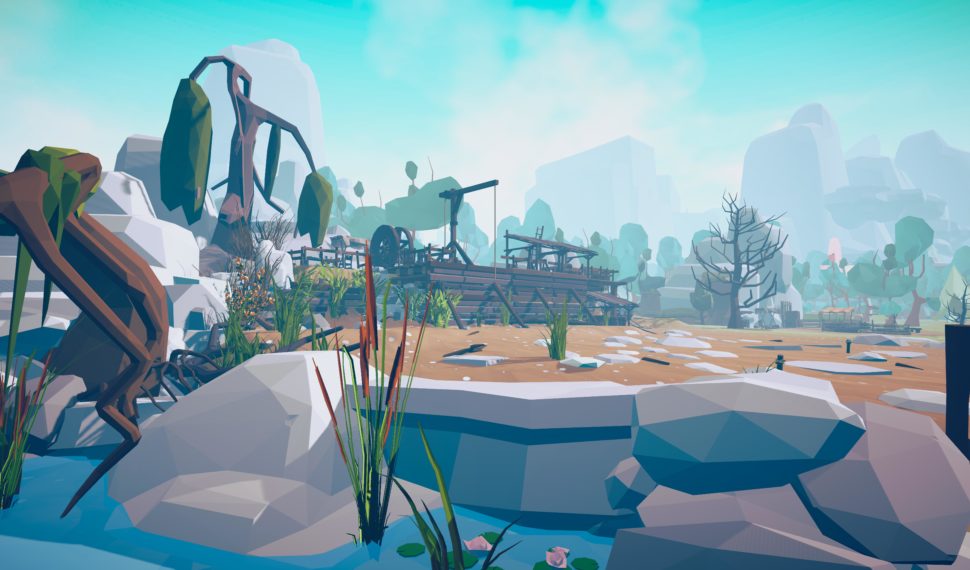 The Viking takes one of the well burnt log from a fire. Moving slowly he set another poles with dismembered viking heads on fire.

– Ozur… Beiner… Thialfi… Eid… Kollsvein… Geri… Finn… Agnar… March proudly through the gardens of Valhalla, because your bravery and fortitude were equal to none! March proudly, you invincible warriors, to the heavenly Asgard to feast among the gods! Your story will not be forgotten…

The area of attack has been abandoned already, when Ragnald reached its destination. He needs to find a trail in which direction the kingdom of women had left. That new territory is harsh, covered by rocky mountains full with treacherous paths. In that unknown ground our heroic viking finds a way through lost temple filled with deadly traps. When he manage to get through it he spot a sinister view over newly found valley.

Ragnald has already walked quite a significant distance, but there’s still more to travel to accomplish his mission.

Currently we are working on:
– interactions with the created world
– equipment and crafting
– balancing movement controller